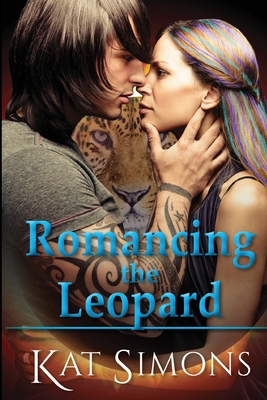 Their world is not what it seems...

Dylan Jones planned for this solar eclipse for two years. He got a prime site at one of the best locations in Oregon, and he intends to savor his last taste of freedom before he has to settled down and finish his Ph.D. thesis. He's at the festival for sun pictures and maybe some all-night sky watching. And if he can manage it, some much needed time in his leopard form. He's not there for a weekend fling. But the sexy genius in the site next to his proves too tempting to ignore. Something about Cat's scent calls to his leopard, pulling him in like catnip, and he just can't resist her.

Catalina Donovan came to Oregon for the solar eclipse, and only the eclipse. Getting away from New York and the constant pressure from the tiger shifter males to choose a mate only increases her determination to enjoy the festival. And the super hot guy in the camp site next to hers only adds spice to her vacation. There's something about Dylan that draws her, something she can't quite put her finger on. For someone like Cat, unraveling the puzzle of him is as tempting and enticing as his sexy voice.

But there's more to Dylan than Cat knows. And more to their new relationship than Dylan wants to admit. As they countdown to the eclipse, and things between them heat up, Dylan must decide how much to admit to Cat, how much he dares tell a human. When tiger shifters show up to lay a claim to her, Dylan realizes he might just have to fight for her.

And a future neither of them expects.