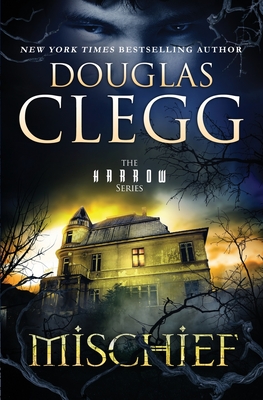 A Novel of Ghosts and Haunting

They eat your fear.
"A page-turning breakneck-speed horror story " ★★★★★ A dark fraternity pursues Jim Hook when he enrolls at Harrow Academy, awakening its buried horrors and occult mysteries in Book 2 of the Harrow series. **Get all the Harrow novels: Nightmare House, Mischief, The Infinite and The Abandoned.** Harrow has waited for years...
The mansion looms above the Hudson River, just outside the town of Watch Point, New York. Converted into a school for boys, its evil has remained dormant for many years. But when a boy named Jim Hook enters Harrow Academy, all hell breaks loose - and his worst nightmare may just come true "Clegg is the best horror writer of the post-Stephen King generation."- Bentley Little, bestselling author of The Haunted and The House. "Clegg's stories can chill the spine so effectively that the reader should keep paramedics on standby." - Dean Koontz, New York Times bestselling author of Phantoms The Harrow Series:
Harrow is a place of infinite hauntings -- and horror.Harrow PrequelsPraise for Douglas Clegg's Fiction
"Douglas Clegg knows exactly what scares us, and he knows just how to twist those fears into hair-raising chills..." - Tess Gerritsen, New York Times bestselling author of the Rizzoli & Isles series. "Clegg delivers "- John Saul, bestselling author of Faces of Fear and The Devil's Labyrinth. "Douglas Clegg has become the new star in horror fiction."- Peter Straubauthor of Lost Boy, Lost Girl and the NY Times Bestseller Black House (with Stephen King) "Clegg is one of the best "- Richard Laymon "Douglas Clegg is a weaver of nightmares "- Robert R. McCammon.