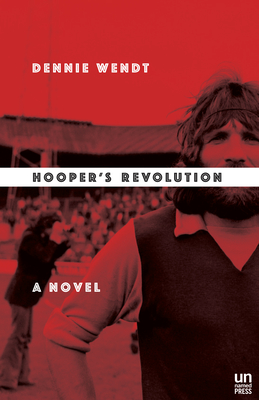 It's 1976 and the United States is home to The Giganticos, a football super squad led by the one and only Pearl of Brazil, and more or less the only reason AASSA (American All-Star Soccer Association) exists. Enter Danny Hooper, a third-division English footballer from East Southwhich Albion, whose thuggish reputation limits him to playing the role of enforcer on the pitch, despite his admiration for the artistry of world-class football from Latin America and the Continent. After Danny takes his frustrations out on an unfortunate opponent's tibia, he finds himself sold to the Rose City Revolution of Portland. But there is more to the trade than a shocked Danny could ever imagine: turns out, he's going to America not just to introduce soccer to its skeptical masses, but to help foil a communist plot. What is the plot exactly? What could Danny possibly do to stop it? The future of America's soccer league, not to mention the life of the world's greatest soccer player, hangs in the balance; but it is author Dennie Wendt's pure love of the game, and his poetic sideline accounting of the Revolution's season, match by match, that will leave you cheering at the end.

Dennie Wendt is a twenty-year veteran of storytelling in the shoe (and soccer) business. He has been a copywriter, a creative director, and marketing guy, mostly for Nike and Converse. He spent a year in the '80s on the junior team at Proleter Zrenjanin, when that was still Yugoslavia. He's written for Salon, Portland Magazine, and Howler Magazine.
Loading...
or support indie stores by buying on