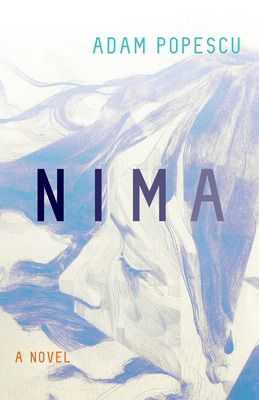 Nima is a young Sherpa woman living in the foothills of the Himalayas, a range so immense and a place so isolated it is impossible to imagine anything existing beyond it. Nima and her sister are both betrothed to Norbu, a local Sherpa, but when Norbu stuns both families by only wanting to marry Nima, Nima flees her father's wrath and the destiny that had been arranged for all of them.
Disguised as a man, Nima seeks work, and is hired by an American journalist to guide their small group up to Everest Base Camp. The journey is treacherous, and Nima challenges every restriction her culture places on her gender while balancing the duties of her new role as guide. Popescu brings to life the many contradictions of the region through the eyes of Nima: trails strewn with litter overlook majestic views, Buddhist clarity is marred by sexual oppression, and a tourism industry that fuels the local economy also threatening to destroy it.

Adam Popescu is a writer and journalist whose work has appeared in The New York Times, Washington Post, Bloomberg Businessweek, Vanity Fair, National Geographic, Conde Nast Traveler, Marketplace, Playboy, Fast Company, Scientific American, Outside, The Guardian, New Scientist, Los Angeles Magazine, and elsewhere. In 2013, he climbed 18,000 feet up Mount Everest, covering the impact of tourism on the land and local people for the BBC. That experience would inspire his debut novel, Nima.
Loading...
or support indie stores by buying on