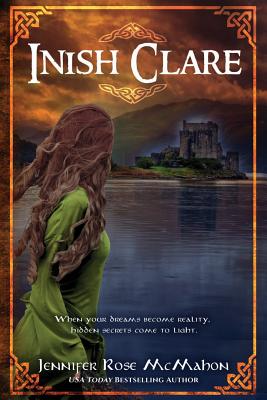 When your dreams become reality, hidden secrets come to light.

Cursed by haunting visions of the notorious pirate queen, Maeve must risk her life in a race against a soon-expiring ancient pact.

Nineteen-year-old Maeve O'Malley returns to Ireland with the medieval relics that could prove her clan's rights to the land and its treasures. If only she knew who to trust with the centuries-old secrets before time-honored Brehon Law hands everything over to her enemy.

Finding the elusive final resting place of the pirate queen is critical if Maeve is to accomplish her quest of returning balance to her clan, before it's too late. But is she willing to make the sacrifice necessary to become a true warrior?

Be transported through medieval castle ruins and ancient cemeteries while exploring the mythical enchantment of Ireland's legendary pirate queen, Grace O'Malley, in this suspenseful continuation of BOHERMORE and the PIRATE QUEEN series.