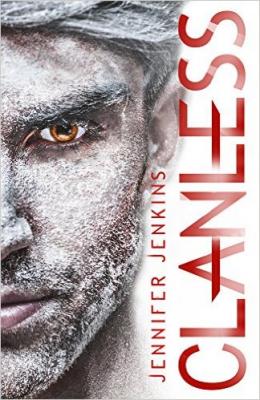 Striker Gryphon has lost his position of honor among the Ram, and is now a hunted man. A traitor.  Zo, the object of his affection, was murdered by members of his former clan. To honor her memory, he journeys to the highly secretive Raven “Nest” to warn strangers of their impending demise—though it could cost him more than just his pride. He doesn’t know that Zo is very much alive and in another part of the region assisting Nameless refugees over a mountain swarming with wild men known as “Clanless.”  As each struggle to make sense of what their lives have become, they fight and claw to reach the Allied Camp, their last hope in bringing peace to the region.  But the road back to one another is treacherous and uncertain. And freedom will come with a price.

“Solid worldbuilding draws readers into the clans and makes them, unlike Zo, regretful to leave the walls of the Rams. The love stories are both touching and perfectly tied in with the major story arc of an impending war between the clans . . . Readers will be cheering for the underdogs and begging for the second volume.”  —Kirkus Reviews on Nameless

Jennifer Jenkins is the cofounder of the Teen Author Boot Camp and a proud member of Writers Cubed. She had every intention of teaching teens to love George Washington and appreciate the finer points of ancient battle stratagems (seriously, she's obsessed with ancient warfare). However, life had different plans in store when the writing began. She is the author of Nameless. She lives in Sandy, Utah.
Loading...
or
Not Currently Available for Direct Purchase