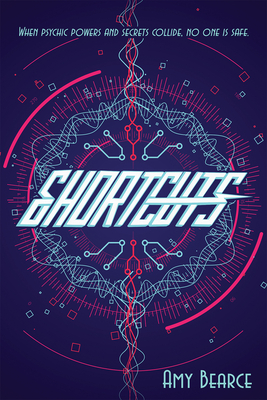 Parker Mills has it all. She’s the two-time winner of the Miss Divine Pecan Pageant, head of the eighth grade dance committee, and a secret psychic empath. Since she absorbs any strong emotion around her, Parker has committed herself to finding shortcuts to happiness. Whether acting as a tutor, a coach, or a matchmaker, Parker knows that when others are happy, she’s happy. Granted, all that fixing other people’s drama means her own crush has no idea how she feels, but it’s still a win-win as long as her psychic methods remain a secret. At least, that was how it always worked before Mia came to town. With her mysterious past and dark cloud of depression, Mia’s moods threaten to rain on Parker’s happiness parade. After Parker’s usual shortcuts fail—even after bringing gorgeous Josh on the scene—she is forced to kick things up a notch, or two. But when Parker’s psychic powers go haywire, dangerous secrets begin to unrave …starting with her own.

"The story moves at a fast clip, with numerous subplots expertly knit together. Each strand builds on the complexity of the tale until its explosive, intense culmination. Shortcuts is a memorable speculative novel that begs for a sequel." —Aimee Jodoin, Foreword Reviews, Starred Review

Amy Bearce writes fantasy and light science fiction for young readers and the young at heart. She is a former reading teacher with a Masters in Library Science. As an Army kid, she moved eight times before she was 18, so she feels especially fortunate to be married to her high school sweetheart. Together they're raising two daughters just outside San Antonio, Texas.
Loading...
or
Not Currently Available for Direct Purchase