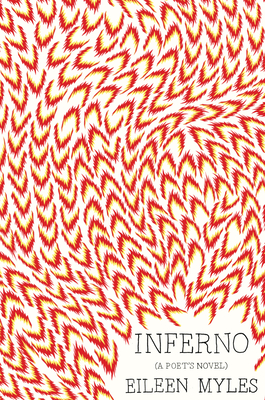 From its beginning--"My English professor's ass was so beautiful."--to its end--"You can actually learn to have grace. And that's heaven."--poet, essayist and performer Eileen Myles' chronicle transmits an energy and vividness that will not soon leave its readers. Her story of a young female writer, discovering both her sexuality and her own creative drive in the meditative and raucous environment that was New York City in its punk and indie heyday, is engrossing, poignant, and funny. This is a voice from the underground that redefines the meaning of the word.

Eileen Myles came to New York from Boston in 1974 and soon began reading her poems publicly, taking workshops at St. Mark's Poetry Project in New York's East Village and publishing in little magazines, zines and larger journals such as Partisan Review and Paris Review. Her books of poems include Not Me, School of Fish and Sorry, Tree. With Liz Kotz, she co-edited the notorious The New Fuck You/adventures in lesbian reading, responding to the short-lived gay and lesbian publishing boom in the '90s. Her first fiction was Chelsea Girls (1994), followed by Cool for You (a nonfiction novel) in 2000. She directed the writing program at the University of California at San Diego for five years, returning to New York in 2007. In San Diego she wrote the libretto for the opera Hell (composed by Michael Webster), performed in 2004-06. During that time she also wrote much of Inferno. For the last three decades she's been writing reviews, articles, essays and blogs, most recently in Art Forum, Parkett, Vice, AnOther Magazine and the Brooklyn Rail. Her essays were collected in The Importance of Being Iceland (2009). In 2010, the Poetry Society of American awarded Myles the Shelley Memorial Award. The same year, she was the Hugo Writer at the University of Montana at Missoula. She lives in New York.
Loading...
or support indie stores by buying on