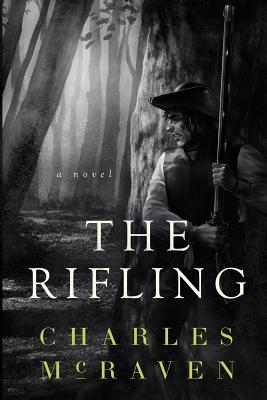 Adam Kyle, a valuable gunsmith for George Washington's army in the Revolutionary War, loses his family to robber gang violence in Lancaster County, Pennsylvania. Grieving, he seeks to put the past behind him, forging a new life as a frontier blacksmith in Tennessee.
Ten years after his traumatic loss, when he has long since renounced the creation of weaponry, he is induced to return to his original craft by a charismatic planter. John Cabell secretly commissions Adam to build the most powerful rifle of its time.
Adam works overtime to fulfill his promise for the ambitious and scheming planter, even as the two men find themselves unexpected rivals for the favor of Constance Green, the high-spirited daughter of Judge Green. Increasingly, it is clear that no good can come from these bitter tensions. Mysterious killings cast a sinister shade over the frontier community.
Two centuries later, a descendant of Adam Kyle's is commissioned to restore his ancestor's hand-hewn log cabin, long since fallen into disrepair. His client is a grieving young widow, a refugee from the fast pace of New York City. Miraculously, the two of them stumble on a long-hidden manuscript, describing the sensational events that centered around Adam Kyle's now-legendary firearm.
Is it possible that love, unlike lightning, can strike twice in the same place? And can there still be unexpected revelations, even with thrice-told family tales that everyone assumes they know well? After all this time, old Adam Kyle may harbor one last secret.