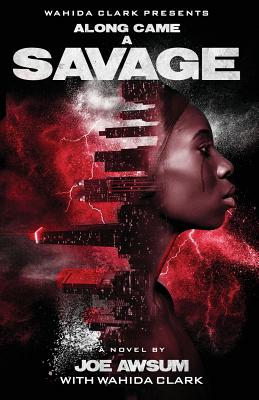 Along Came a Savage (Paperback)

After marrying her college sweetheart and building a successful drug empire, life for Taylor Washington, aka Tay Tay, looked perfect. The first few years, her husband Wayne treated her like a queen and showered her with riches that the cocaine brought them, but as the years passed, his abusive nature grew, just like their bank account. Even though she was fed up, leaving Wayne wasn't even a thought in her mind . . . until she came home to Chicago to visit.

Her plans were just to come home and party with her best friend, but after a crazy chain of events, she finds herself waking up in the bed of an intoxicating man that leaves her DUI with each sip of his loving.

Tay Tay felt guilty, at first, for stepping out on her husband, but as his abusive ways continued and her suspicions of him cheating on her proved to be true, Tay Tay's shattered heart embraced the secret life she was living, even if it jeopardized the empire she helped build.

Don't blink for a second in this deadly heart-pounding game of deceit, lies, and jealousy, where trust could get you killed, and love is just a four-letter word.