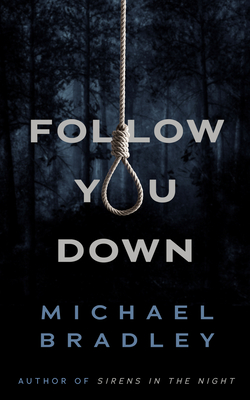 New York defense attorney Neil Brewster has everything he's ever wanted: an expensive Manhattan apartment, a gorgeous fiancé, a forthcoming partnership in his law firm, and a reputation for winning even the most hopeless cases. His utter ruthlessness and bullying--both in and out of the courtroom--are legendary, and have been since his childhood.

With a new high profile court case looming, a camping reunion with his old high school cronies becomes just the distraction he needs. But Neil’s weekend plunges into disarray when he's confronted with the sins of his past.

After learning about the suicide of the boy he bullied relentlessly as a teenager, Neil is tormented by ghostly voices and apparitions. His shrewd mind, whose preeminence has been vital to his success, begins to crumble as the hauntings become more harrowing and deadly. Frantic, Neil descends into a frenzied search for answers, only to discover that things aren't always what they seem.

Born and raised in southern New Jersey, Michael Bradley is an author and software consultant whose frequent travels have brought him in touch with a variety of people throughout the United States. In his day job, he has presented on a variety of subjects at several IT conferences, both in America and Europe. When he isn’t on the road, working, or writing, Michael hits the waterways in one of his three kayaks, paddling all over Delaware, Pennsylvania, Maryland, and New Jersey.

Before working in information technology, Michael spent eight years in radio broadcasting, working for stations in New Jersey and West Virginia, including the Marconi Award winning WVAQ in Morgantown. He has been “up and down the dial” working as on-air personality, promotions director, and even program director. This experience has provided a wealth of fond, enduring, and, sometimes, scandalous memories that he hopes to someday write about.

Among the writers in which he finds inspiration, Michael favors P.D. James, Raymond Chandler, Leslie Charteris, Simon Brett, Terry Pratchett, and Ian Fleming. He lives in Delaware with his wife, Diane, and their three furry four-legged “kids”, Simon, Brandy, and Preaya.