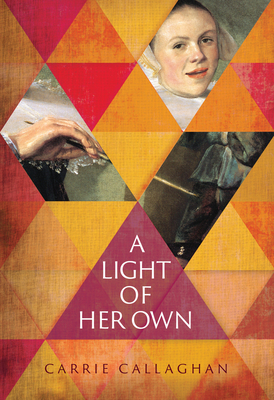 A Light of Her Own

Judith is a painter, dodging the law and whispers of murder to try to become the first woman admitted to the Haarlem painters guild. Maria is a Catholic in a country where the faith is banned, hoping to absolve her sins by recovering a lost saint’s relic.

Both women’s destinies will be shaped by their ambitions, running counter to the city’s most powerful men, whose own plans spell disaster. A vivid portrait of a remarkable artist, A Light of Her Own is a richly-woven story of grit against the backdrop of Rembrandt and an uncompromising religion.

The trail of Judith Leyster’s career was so faint that only years after her death in 1660, collectors began attributing her few surviving paintings to other artists. She signed her work with only a beautiful, stylized monogram. Credit went to Frans Hals, Jan Miense Molenaer, and others. She would remain lost to history until 1893.


Praise For A Light of Her Own…

Interview: In conversation with author Mieke Eerkens —The Refresh, http://www.therefresh.co/

Interview on the research, writing, and publishing process —The Washington Independent Review of Books, http://www.washingtonindependentreviewofbooks.com/

Carrie Callaghan is a writer living in Maryland with her spouse, two young children, and two ridiculous cats. Her short fiction has appeared in Weave Magazine, The MacGuffin, Silk Road, Floodwall, and elsewhere. Carrie is also an editor and contributor with the Washington Independent Review of Books. She has a Master’s of Arts in International Affairs from the Johns Hopkins School of Advanced International Studies, and a bachelor’s degree from the University of North Carolina at Chapel Hill.