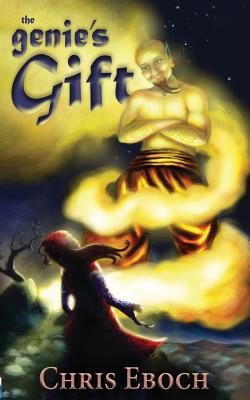 Thirteen-year-old Anise, shy and timid, dreads marrying the man her father chooses for her. Her aunt tells her about the Genie Shakayak, the giver of the Gift of Sweet Speech. He lives high atop Mount Quaf, many weeks' journey across a barren desert. The way is barred by a dozen dangers and trials. But those few who cross the desert and defeat the guardians of the mountain receive their reward. From that day forward, their words drip like honey from their lips, charming all who hear them, and no one can deny them anything they ask.

Anise is determined to find the genie and ask for the gift, so she can control her own future. But the way is barred by a series of challenges, both ordinary and magical. Anise can't even speak in front of strangers. How will she get past a deadly ghoul, a sorceress who turns people to stone, and mysterious sea monsters? Will she ever reach the top of Mount Quaf--and if she does, can she convince the Genie to give her the gift?

The Genie's Gift is a lighthearted action novel set in the Middle East of the 15th century. It draws on the fantastic creatures and culture of The Arabian Nights.