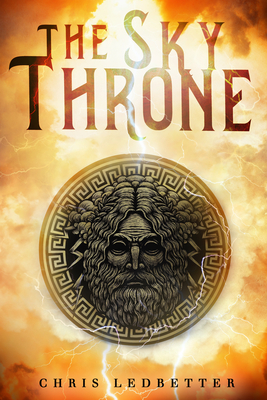 When the family of young Zeus is attacked by Hyperion, Zeus’s mother is knocked unconscious and his best friend is left for dead. Stacking epic insult upon fatal injury, Zeus discovers the woman who raised him is not his biological mother. But to ensure her safety while she recovers, a heavyhearted Zeus leaves her behind to seek answers at Mount Olympus Preparatory Academia. Zeus embarks on a quest to discover who ordered the attack on his home, avenge the death of his friend, and find his birth mother. When some of his new schoolmates vanish, Zeus's quest is turned upside down, and the only way to make things right is to access the power of the Sky Throne, confront a most dangerous enemy, and take his life back. On his way to becoming king of the Greek gods, Zeus will learn to seize power, neutralize his enemies, and fall in love.

Praise For The Sky Throne…

"Gr 6 Up–A coming- of-age story involving a rivalry between the Olympians and the Titans. Young Zeus feels invisible at Eastern Crete Lower Academy. Even the bullies don’t notice. When tragedy strikes his family, he is swept up in a struggle he doesn’t fully understand. Filled with rage, he seeks revenge, but fate guides him to Mount Olympus Prep where he meets Hestia (Tia), Hades (Shade), Demeter (Meter) and other notable mythological characters. Zeus’s romantic attraction to girls is woven throughout the tale as he learns about himself and the talents he possesses. The mystery shrouding his past and an internal conflict consuming the school sets Zeus on a life-changing path. The novel offers a blend of Rick Riordan’s contemporary Greek heroes and Harry Potter’s academic endeavors, a fun story line, fast-paced storytelling, and an endearing protagonist. VERDICT A good choice that will delight readers of Greek mythology." —Robyn Gioia, Seoul American Elementary School, Korea, slj.com

Chris Ledbetter is a former high school teacher, football coach, and has worked in various managerial and marketing capacities throughout his life. He has walked the streets of Los Angeles and New York City, waded in the waters of the Atlantic and Pacific oceans, climbed Diamond Head crater on Hawaii, and rang in the New Year in Tokyo, Japan. But he dreams of one day visiting Greece and Italy. He lives in Wilmington, North Carolina.
Loading...
or support indie stores by buying on