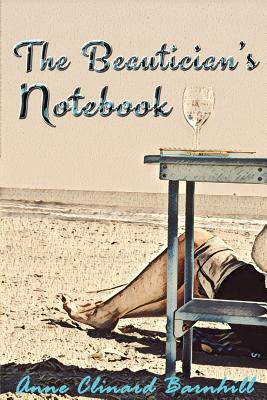 WHEN WILLA JO TEMPLE IS FOUND STABBED THROUGH THE HEART ON THE FLOOR OF HER BEAUTY SHOP, THE GOOD FOLK OF SUMMERSET, NC ARE SENT INTO A TIZZY.

Willa Jo kept a notebook containing all the secrets she's learned while doing hair. Rumor has it Willa Jo is going to write a book, exposing everything. But now, Willa Jo is dead and the incriminating notebook is missing, leaving the sheriff with very little to go on. As he interrogates the suspects, he finds himself attracted to newcomer, Clarissa Myers. He delves into her past only to discover she has deeper ties to Summerset than anyone imagined. Before the sheriff can complete his interrogations, however, another suspect, Avenelle Young, confesses.

The sheriff is skeptical about Avenelle Young's guilt because she refuses to discuss what happened with Willa Jo. Her statement is a terse declaration of guilt, with neither motive nor method explained. The sheriff has no choice but to incarcerate Mrs. Young.

During the investigations, as the secrets of Summerset are slowly revealed, each family touched by Willa Jo's death must come to terms with the new information being unearthed. The repercussions are far-reaching, and forgiveness hard to come by. However, at the heart of the book is the possibility of reconciliation among the town folk as they learn the real 'truth' about one another.

"Anne Clinard Barnhill's first book came from her heart. Her second two historical novels were masterfully researched and her most recent book, The Beautician's Notebook, is just a lot of fun.
The story centers around the tragic and suspicious death of the popular local beautician at The Sassy Lady, Willa Jo Temple. Willa Jo is so popular, as a matter of fact, that she has a string of husbands and boyfriends and, for the price of a haircut, she'll entertain clients with tidbits of her outlandish behavior. As Willa Jo shares her scandalous life, others reveal bits and pieces of their own past indiscretions. As Willa Jo says, 'You'd be amazed at what people will tell you while they're getting a pedicure.' What only a few people know is that Willa Jo is taking notes and some say she plans to write a tell-all book one day. Upon her death, the notebook goes missing and when it's found, suddenly there are quite a number of suspects.

This is a great 'who-done-it' that will keep you reading until the very last page."--Brenda Bevan Remmes, author of The Quaker Cafe and Home to Cedar Branch.

"What a treat Anne Clinard Barnhill has penned a mystery with heart and soul. Her characters are so likeable -- even lovable -- that I hated to think of any of them guilty of a heinous crime . . . despite their many motives. An intriguing and heartwarming novel."--Diane Chamberlain, NYT bestselling author of The Silent Sister.