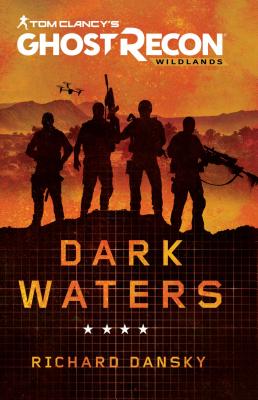 At the tip of the spear of the US Army’s unconventional warfare response forces stands a group of highly specialized and incredibly skilled Special Forces soldiers: the Ghosts.

INDIVIDUALLY, THEY ARE GREAT. TOGETHER, THEY ARE UNBEATABLE.

When a group of renegade Venezuelan soldiers seize control of the no-man’s land in the middle of the Ama­zonian Jungle, the Ghosts are tapped to get the US citizens being held hostage there out safely.

Newly promoted to team lead, Nomad finds himself going in-country with two new squadmates, little prepa­ration, dubious intel and no backup. Still, they have no choice but to go in half blind as time is running short for the captives.

And when faced with a difficult choice deep in enemy territory, the Ghosts must learn to stand together as a team, or fail.

Action-packed and intense from beginning to end, this novel sets the stage for the upcoming video game Tom Clancy’s Ghost Recon Wildlands.

The central Clancy writer for Ubisoft/Red Storm, Richard Dansky has written for and designed games in the Tom Clancy’s series since 1999. The lead writer on Tom Clancy’s The Division, his credits also include Tom Clancy’s Splinter Cell Blacklist, Tom Clancy’s Rainbow Six Raven Shield, Tom Clancy’s H.A.W.X, and Tom Clancy’s Ghost Recon Future Soldier.  Author of six other novels, he is also the designer of the 20th anniversary edition of legendary roleplaying game Wraith: The Oblivion. He lives in North Carolina, with an ever-changing number of cats and bottles of single malt scotch.
Loading...
or
Not Currently Available for Direct Purchase