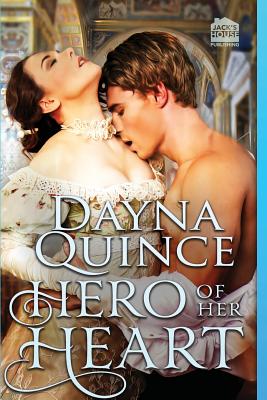 Hero of Her Heart

Miss Charlotte Angelwood promised her father on his deathbed that she would marry Edward Chadwick. But now that her father has died, Charlotte will do anything to break her betrothal to her revolting fianc . Trapped in Edward's abusive household, with his father, Lord Shelding, acting as her guardian, she feels powerless to alter her circumstances.

A chance meeting with Christopher Thorn, a handsome American, changes everything. He's arrived in England to expand his brewing company with Lord Shelding's help and finds himself enchanted by Shelding's beautiful ward. He and Charlotte begin a secret affair...but when he discovers Charlotte is promised to Shelding's son, the truth rips them apart.

To save Charlotte from a life of misery, Christopher must risk everything he's worked for...or turn his back on the woman who has stolen his heart.