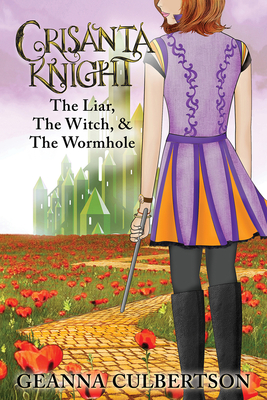 The Liar, The Witch, & The Wormhole

On our quest to find the missing Fairy Godmother Paige Tomkins, my friends and I would be transported to an array of magical lands. From the horrors of Sleepy Hollow and shores of Neverland, to the Wizard of Oz's front door—we were in for one dangerous, bizarre foe and setting after another. And yet, they would be no stranger than my own world. Because thanks to a brewing common character rebellion in Book, relentless magic hunters, and the people I trusted most turning against me, the world I once knew was a thing of fairytales past.