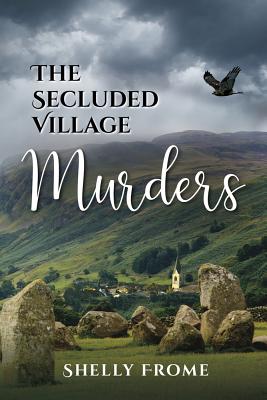 Written in the style of a classic Brtish Mystery with a contemporary young American woman as the amateur sleuth. Entertaining. Keeps you guessing until the end.

From a small secluded village in Connecticut to the English Countryside, readers are taken on a roller coaster of events and quirky characters as amateur sleuth Emily Ryder tries to solve a murder that everyone thinks was an accident.

For tour guide Emily Ryder, the turning point came on that fateful early morning when her beloved mentor met an untimely death. It's labeled as an accident and Trooper Dave Roberts is more interested in Emily than in any suspicions around Chris Cooper's death. For Emily, if Chris hadn't been the Village Planner and the only man standing in the way of the development of an apartment and entertainment complex in their quaint village of Lydfield, Connecticut, she might have believed it was an accident, but too many pieces didn't fit.

As Emily heads across the pond for a scheduled tour of Lydfield's sister village, Lydfield-in-the-Moor... she discovers that the murderer may be closer than she thought.

Shelly Frome is a member of Mystery Writers of America, a professor of dramatic arts emeritus at the University of Connecticut, a former professional actor, and a writer of crime novels and books on theater and film. He is also the film columnist for Southern Writers Magazine and writes monthly profiles for Gannett Media. His fiction includes Sun Dance for Andy Horn, Lilac Moon, Twilight of the Drifter, and Tinseltown Riff. Among his works of nonfiction are The Actors Studio and texts on the art and craft of screenwriting and writing for the stage. He lives in Black Mountain, North Carolina.
Loading...
or
Not Currently Available for Direct Purchase