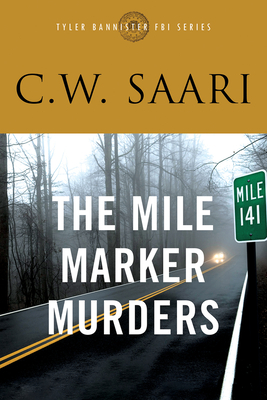 When Caleb Williamson, a career officer with the CIA, disappears, officials are left wondering whether he is a spy who has defected or the victim of a crime.

Meanwhile, Williamson's friend, FBI agent Tyler Bannister, is focused on catching an extortionist who has threatened to unleash a biological poison if a multimillion dollar demand is not met. When Williamson turns up dead alongside the corpses of two women near a northern Virginia highway, Bannister is assigned to a task force to identify what looks to be a cunning serial killer. While Bannister becomes obsessed with finding the murderer before he strikes again, a fourth body is discovered.

C.W. Saari is a graduate of Whittier College, Willamette University Law School, and the National War College. He served his country in the US Marine Corps, then spent twenty-seven years as an FBI Special Agent where he supervised undercover operations and espionage investigations. He is currently a private investigator in Lexington, South Carolina, where he resides with his wife, Carol.
Loading...
or support indie stores by buying on