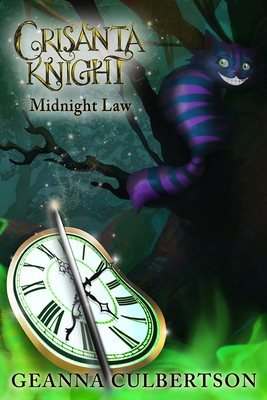 “Life is not a balanced concept and stories are predicated in the understanding that obstacles will come. They always do. It is up to us to find a way to be true to ourselves while navigating through them.”

SJ, Daniel, Jason, and Blue have returned from Dreamland having achieved their goal of waking their two classmates trapped in a sleeping curse. The problem—their best friend Crisanta Knight didn’t make it back with them. With Crisa captured by the antagonists, our four heroes must team up with their fairytale friends to enact the ancient enchantment of Midnight Law. As they journey through more magical worlds than in any adventure before, and become entangled in the lore of Mulan, Alice in Wonderland, Rumpelstiltskin, and beyond, our heroes will need to face some hard truths about themselves and their relationships. And they have to hurry. Because if they don’t find Crisa by the time the clock strikes midnight, she’s not the only one who’s doomed . . .