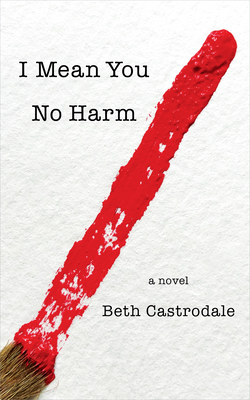 I Mean You No Harm

The enemy of my enemy is my sister Career criminal Vic Doloro isn't the kind of guy you'd send a card to on Father's Day. Layla Shawn never has. She's spent most of her thirty-two years estranged from her father and haunted by the mysterious death of her mother. Then Vic dies, leaving Layla--an unemployed artist--a tempting inheritance of ill-gotten money. Urging her to take the money is Vic's other daughter, Bette, with whom Layla shares a troubled past. On a cross-country road trip, the two women mend fences, but Layla finds herself caught in the middle of an unsettled and lethal score between her father and a man who knows more than he should about her mother's death. As Layla zeroes in on the truth and wrestles with her own demons, she finds herself face to face with a killer.

Beth Castrodale worked as a newspaper reporter until her love of books led her to the publishing field. She was a senior editor at Bedford/St. Martin's and is the founding editor of Small Press Picks. Her short fiction has appeared in numerous publications, including Marathon Literary Review, Printer's Devil Review, and the Smoky Blue Literary and Arts Magazine. Her debut novel, Marion Hatley, was a finalist for a Nilsen Prize for a First Novel from Southeast Missouri State University Press, and an excerpt from her second novel, In This Ground, was a shortlist finalist for a William Faulkner - William Wisdom Creative Writing Award. Castrodale lives in Boston in a shadowy Victorian that's proving to be an inspiration for her next book.
Loading...
or support indie stores by buying on