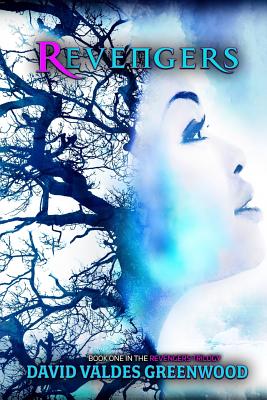 How far would you go to make things right? Ama, Mark, and Justin are about to find out.

All three have each witnessed a murder that went unpunished, and they've lived broken lives ever since. In recent months, their dreams have been haunted by someone who understands their pain: a Fury who survived the witch hunts of Old Salem. Three days before Halloween, she enters their dreams and summons them to be Revengers, just as she has done for a new trio of teens every year for centuries. If they abide by her seemingly simple set of rules, she promises supernatural protection while they avenge their losses.

One catch: exacting revenge means becoming killers themselves. And they don't have much time to wrestle with the moral dilemma, as the Fury's protection will end on the Day of the Dead. When they agree-setting in motion three bloody acts of vengeance-things begin to spiral out of control and they come to understand they are pawns in an ancient game. As the Fury toys with them, they race against the clock, hoping to live more than just a few more days...

David Valdes Greenwood is the author of Revengers, The Rhinestone Sisterhood, Homo Domesticus and A Little Fruitcake. As an award-winning playwright, his work has been staged coast to coast and in the UK. A former freelance journalist, Valdes Greenwood is best known for his Boston Globe columns. Currently, he details life as a parent as a Huffington Post blogger, and may be followed at https: //www.facebook.com/davidvaldesgreenwoodauthor and on Twitter @dvgtweets
Loading...
or support indie stores by buying on