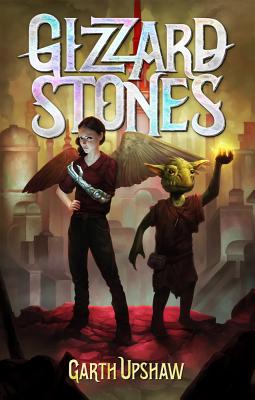 In a dangerous world corrupted by dark magic, an immortal Queen keeps a stranglehold on the source of her power -- goblins bred like cattle and kept ignorant of the wider world. Nail an escaped goblin, is on a quest to free his kin. Lianne, a young human, struggles to find her place in a society that sneers at her immigrant forbearers. When she finds evidence of high-level corruption involving the people she's been taught to trust, she must decide where her loyalties lie. As the desperate Queen tightens her grip, Nail and Lianne join together. In this fast-paced adventure tale, fantastical characters battle with stealth, wit, and exciting new magic in a setting readers have never encountered before.

Garth Upshaw is a debut author and lives in Portland. The short story version of "Gizzard Stones" appeared in Beneath Ceaseless Skies #35, and his other stories have appeared in Clarkesworld Magazine, Realms of Fantasy, and other magazines.
or
Not Currently Available for Direct Purchase