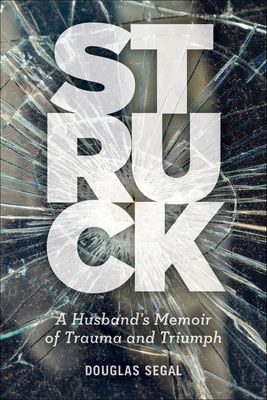 A Husband's Memoir of Trauma and Triumph

One of life's biggest clich's becomes a horrific reality when Douglas Segal's wife and daughter are hit head-on by a Los Angeles city bus. Following the accident, Segal began sending regular email updates to their circle of friends and family, a list that continued to grow as others heard of the event and were moved by the many emotional and spiritual issues it raised. Alternatingly harrowing, humorous, heartbreaking, and hopeful, Segal's memoir is an intimate and honest chronicle built around these email updates, and is a profound example of how people show up for one another in times of crisis. It is ultimately uplifting--a tribute to how love, determination, and the compassion of community all hold the power to heal, while also serving as an inspiring testament to the resilience of the human spirit when faced with pain and adversity.

Douglas Segal is a writer and producer whose credits include movies for Warner Bros., Disney, and MGM and television for Fox, The CW, Showtime, A&E, History, Discovery Channel, and The Cartoon Network. Productions he has worked on have been nominated for Golden Globe, Grammy, and People's Choice awards and have won numerous Teachers' Choice and Parents' Choice awards. He lives in Los Angeles with his family.
or
Buy Here
Copyright © 2020 American Booksellers Association