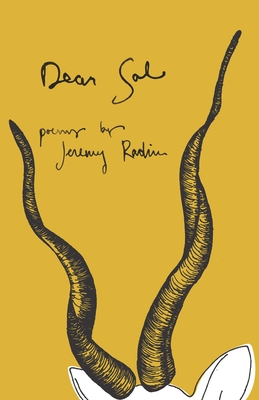 Inspired by Lanford Wilson's play Talley's Folly, Jeremy Radin's Dear Sal is a series of epistolary meditations on loneliness, longing, the Jewish diaspora, bewilderment, divinity, and love. Radin's second collection lays bare a life lived in romantic exile, using the play's events--one year after a brief but passionate affair, a man returns to a deserted boathouse on his beloved's family property in order to offer himself to her--as the foundation for a mystifying interior stage, populated by a cast of eccentrics, upon which a man must wrestle, each moment, with his own unremitting desire.

Jeremy Radin is a poet, actor, and teacher. He's appeared on several television shows including It's Always Sunny in Philadelphia, CSI, ER, and Zoey 101, in films such as The Way Back, starring Ben Affleck and directed by Gavin O'Connor, Terrence Malick's The New World and Wrestlemaniac, and in many plays. His poems have appeared in Gulf Coast, Grist, SideKick Lit, Cosmonauts Avenue, Nailed, Sundog Lit, Union Station, Winter Tangerine, and elsewhere. He teaches acting at The Beverly Hills Playhouse. He is the author of two collections of poetry, Slow Dance with Sasquatch (Write Bloody Publishing) and Dear Sal (not a cult press). He lives in Los Angeles with his four plants and refrigerator. Follow him @germyradin
Loading...
or support indie stores by buying on
(This book is on backorder)