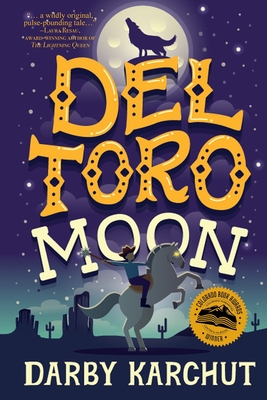 "Ride hard, swing hard, and take out as many of those creepy critters as you can."

Twelve year old Matt Del Toro is the greenest greenhorn in his family's centuries-old business: riding down and destroying wolf-like monsters, known as skinners. Now, with those creatures multiplying, both in number and ferocity, Matt must saddle up and match his father's skills at monster whacking. Odds of doing that? Yeah, about a trillion to one. Because Matt's father is the legendary Javier Del Toro--hunter, scholar, and a true caballero: a gentleman of the horse.

Luckily, Matt has twelve hundred pounds of backup in his best friend--El Cid, an Andalusian war stallion with the ability of human speech, more fighting savvy than a medieval knight, and a heart as big and steadfast as the Rocky Mountains.

Those skinners don't stand a chance.