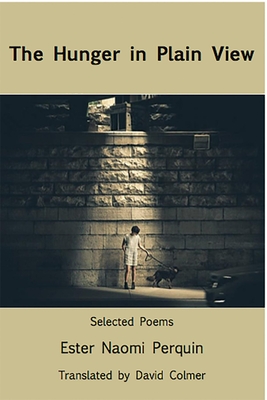 The Hunger in Plain View

As a poet, Perquin is able to get into the minds of others. Whether they are the delinquents presented to us in Cell Inspections or the nameless, strange, but extremely recognizable figures in her other work. The reader always gets the feeling that she is being addressed by a person of flesh and blood. Because Perquin often uses the second-person singular, the idea of direct communication is further reinforced. Who is this "you"? Is it the reader or the writer?

Dutch poet Ester Naomi Perquin worked as a prison guard to pay for her college education. She has published three books of poetry.

Ester Naomi Perquin: Dutch poet, Ester Naomi Perquin (Utrecht 1980), worked for several years as a custodian at a prison to pay for her studies at the Amsterdam Creative Writing School. Her books include, Napkins at Half-Mast, On Behalf of the Other and Cell Inspections. David Colmer: David Colmer is an Australian translator of Dutch literature based in Amsterdam. He has won many translation prizes, including the Impac prize for his 2010 translation of Gerbrand Bakker's The Twin and the Independent Foreign Fiction award for his 2012 rendering of Bakker's The Detour.
Loading...
or support indie stores by buying on