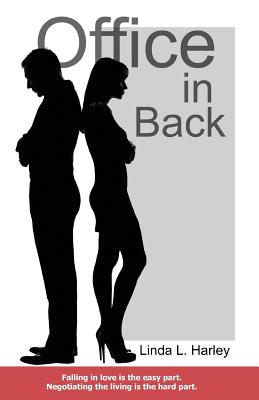 Falling in love is the easy part. Negotiating the living is the hard part.

It is a novel about a troubled married couple, C.J. and Leeta, who live in small town in the mountains of Western North Carolina. They fell in love for all the right reasons, but the "living" got in the way of their loving. The story is driven by C.J. and his inner thoughts. The reader joins the couple in their journey as they commit to marriage therapy in their challenge to revitalize and heal their marriage to keep their well-intended oath to each other, "Till death do us part." If the couple has the "energy of the heart," the primary ingredient needed to work through any troubled relationship, marriage counseling will be successful, thereby keeping the marriage in the couple's hands instead of a lawyer's.

From the book:
It's hell fighting like this I won't do this anymore What's happened to us? You're not the man I married. We hardly speak anymore, much less do anything together."

C.J. faces the harsh reality he could become a two-time divorc . He chalked up his first marriage as a mistake and simply let Cullen walk away without a thought to reconcile, despite telling her on their wedding day, "This was the best decision of my life." Yet, the words he is hearing from his second wife, Leeta, are hauntingly familiar. But what if his first marriage wasn't a mistake? What if he has just made the same wrong steps in both marriages? How does he save his second marriage from the same fate as his first?
C.J. had vowed to Leeta, "Till death do us part" and meant it. However, C.J. fears that at the rate they are going, their death and parting might not be due to old age but due to their own rage.
One morning after another raucous fight with Leeta, C.J. is jogging down familiar streets, wondering, What exactly went wrong between Leeta and me? In the midst of his ruminations, a sign he had never noticed before catches his attention:

Surprised at his own actions, C.J. finds himself standing in the waiting room confessing to Ms. Levy that he hasn't been happy in his marriage for a long time. Too many fights that go on into the wee hours of the morning . . . and frequently he can't even remember what started the fight in the first place.
Leeta skeptically agrees to join C.J. in counseling. And thus begins C.J.'s journey, as he desperately struggles not to have another failed marriage to a woman he loves.