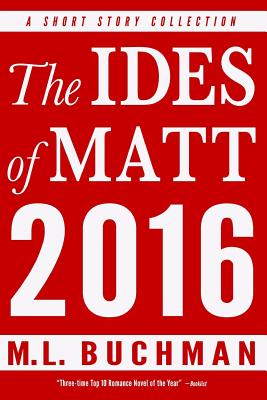 The third annual volume of short stories, each originally published monthly on www.mlbuchman.com. It began in 2014 as a gift for my fans, but I quickly discovered the joy of the short form. I have a lifelong love of short fiction as a reader, but it took me until 2014 to begin writing it.

Inside this volume I have collected the short stories of 2016 and added introductory commentary for each tale. Come join me as Delta Force strikes hard and fast, as Lookouts spot wildfires and Hotshots battle them. The present day Night Stalkers once more fly to the rescue and The Future Night Stalkers learn about finding a new love. Come join my characters as they find adventure, romance, and true love. A baker's dozen of short tales certain to tickle anyone's fancy.

M.L. Buchman started the first of over 50 novels while flying from South Korea to ride his bicycle across the Australian Outback. Part of a solo around the world trip that ultimately launched his writing career. All three of his military romantic suspense series-The Night Stalkers, Firehawks, and Delta Force-have had a title named "Top 10 Romance of the Year" by the American Library Association's Booklist. NPR and Barnes & Noble have named other titles "Top 5 Romance of the Year." In 2016 he was a finalist for Romance Writers of America prestigious RITA award. He also writes: contemporary romance, thrillers, and fantasy. Past lives include: years as a project manager, rebuilding and single-handing a fifty-foot sailboat, both flying and jumping out of airplanes, and he has designed and built two houses. He is now making his living as a full-time writer on the Oregon Coast with his beloved wife and is constantly amazed at what you can do with a degree in Geophysics. You may keep up with his writing and receive a free starter e-library by subscribing to his newsletter at: www.mlbuchman.com.
Loading...
or support indie stores by buying on