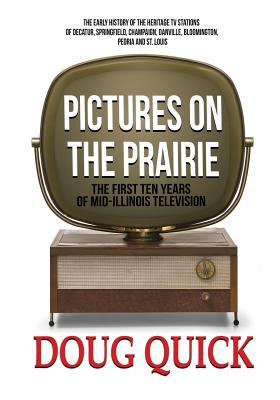 Pictures on the Prairie

In 1953, across the prairie of mid-Illinois brand new television sets began to flicker with pictures from St. Louis, Peoria, Decatur, Springfield, Champaign, Bloomington and Danville. Local entrepreneurs invested their lives and fortunes in a new industry hoping to attract advertisers and capture viewers in each of those cities and rural areas to the images and sounds they would broadcast.

Each new television station owner had different obstacles to overcome, some achieved success, while others failed. Competition brought on many legal challenges between stations and owners. Television careers began, on-air personalities became local celebrities while other broadcasters worked behind the scenes.

This book is the story of those entrepreneurs, managers, sales representatives, studio engineers, on-air personalities along with politicians, the FCC, even the legal system all the way to the Supreme Court. It's a detailed story of a budding local industry during television's golden years, the first years we saw "Pictures on the Prairie."