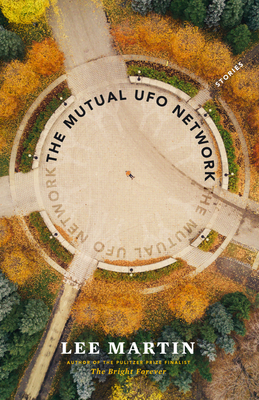 Martin has written a not-to-be-missed masterwork of slow-burning emotions. -Booklist Starred Review In The Mutual UFO Network, Pulitzer Prize finalist and master of the craft Lee Martin presents his first short story collection since his acclaimed debut The Least You Need to Know. With Martin's signature insight, each story peers into the nooks and crannies of seemingly normal homes, communities, and families. The footprints of a midnight prowler peel back the veneer of a marriage soured by a long-ago affair. A con man selling faked UFO footage loses his wife to the promise of life outside the ordinary. And a troubled man, tormented by his own mind, lies in the street to look at the stars, and in doing so unravels the carefully constructed boundaries between his quiet neighbors.
From friendship and family to all forms of love, The Mutual UFO Network explores the intricacies of relationships and the possibility for redemption in even the most complex misfits and loners.