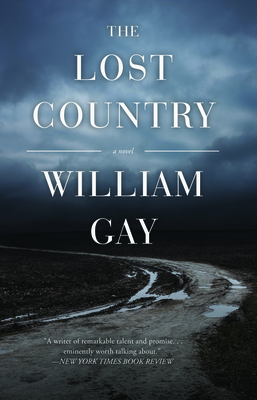 A wonder of Southern Gothic storytelling. --Southern Living (Best Southern Books of 2018)
Southern Independent Booksellers Pick, July 2018
Billy Edgewater is a harbinger of doom. Estranged from his family, discharged from the Navy, and touched by a rising desperation, he sets out hitchhiking home to East Tennessee, where his father is slowly dying.
On the road, separately, are Sudy and Bradshaw, brother and sister, and a one-armed con man named Roosterfish. All, in one way or another, have their pasts and futures embroiled with D.L. Harkness, a predator in all the ways there are. Hounded at every turn by scams, vigilantes, grievous loss, and unspeakable violence, Edgewater navigates the long road home, searching for a place that may be nothing but memory.
Hailed as "a seemingly effortless storyteller" by the New York Times Book Review and "a writer of striking talent" by the Chicago Tribune, William Gay, with this long-awaited novel, secures his place alongside Faulkner, O'Connor, and McCarthy as one of the greatest novelists in the Southern Gothic tradition.