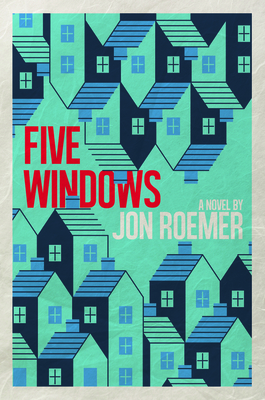 Darkly funny and surreal, FIVE WINDOWS is a timely, page-turning debut about alienation and breakdowns communal and individual.
- Vanessa Hua, author of River of Stars

At a busy intersection on a crammed city hillside, an overworked book editor looks up long enough to watch a trio of houses go up in flames. Once the smoke clears, he becomes increasingly concerned by what he sees out his windows and starts asking questions he never bothered with before: Is the encampment in the park responsible for the fires--or are his new upscale neighbors somehow to blame? Has the man upstairs even bothered to notice, or is his time better spent battling with his boyfriend? What's his own ex-wife doing, resurfacing now just when things are getting tense? Is everyone safer with more fire trucks around? And, just a block down the hill, is the new mixed-use project the perfect urban remedy, or will it do even more damage?

By the time the home across the street catches fire, he has to face a few questions about himself, too, including his own role in the neighborhood's upheaval. Inspired by Hitchcock's Rear Window and set in San Francisco, Jon Roemer's debut novel explores a fabled American city divided by rapid and aggressive change.