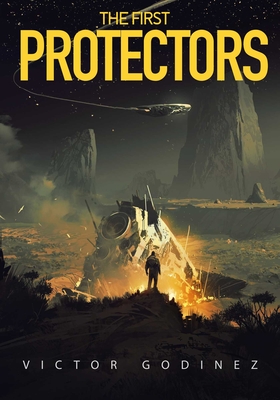 The last thing Ben Shepherd wanted was another war. But sometimes the universe won’t take no for an answer.

His body and spirit mangled by a lifetime of combat, Shepherd, a retired Navy SEAL, has retreated to the desolate desert of New Mexico to heal his wounds and dodge his demons. All he wants now is peace and quiet.

Both are shattered one starry night, when an alien ship crashes nearby. Out of the ship crawls the last, dying member of a conquered civilization. It’s been shot down by an extraterrestrial enemy, the vanguard of a ravenous force hunting for a new homeland. With its last gasp, the wounded alien injects Shepherd with a high-tech serum that gives him near superhuman powers.

Now, with a new body but a soul as fractured as ever, Shepherd becomes the reluctant leader of the human resistance against the coming invasion. With enemies on all sides, the man who couldn’t bear the guilt of seeing one more friend die in battle now finds himself charged with protecting the entire planet.

Praise For The First Protectors: A Novel…

"Hyper-realistic military action meets otherworldly invaders in this explosive debut that will make you worry there are aliens in your backyard."
—Rhett C. Bruno, USA Today bestselling author of The Circuit Series

"Hyper-realistic military action meets otherworldly invaders in this explosive debut that will make you worry there are aliens in your backyard."
—Rhett C. Bruno, USA Today bestselling author of The Circuit Series

Victor Godinez is a former newspaper reporter and current works in public relations. He lives in Dallas, Texas, with his wife, Sarah, three kids, two dogs and, according to the most recent household census, two guinea pigs. You can find him on twitter @VictorGodinez, where he rambles about self-driving cars, The Simpsons, and sci-fi.
Loading...
or
Not Currently Available for Direct Purchase