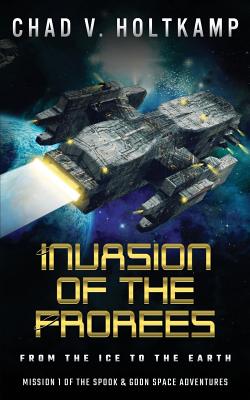 From the Ice to the Earth

Earth is in deep trouble... When an invading armada from a faraway ice planet triggers a sensor beacon at the edge of the Sol System, the Federated Union calls on the agents of SPOOK & GOON to stop them at any cost. Thrown together on an op to save Earth, SPOOK Agent Dom Wagner and GOON Major Jock Saunders must put aside their long-held rivalry and distrust to carry out their mission. This fast-paced, light-hearted sci-fi novel features humor, romance, fast ships, large furry creatures, Alien beings, asteroids, with a special appearance by polymuciligans. Oh, and did we mention fast ships?
Buy Invasion of the Frorees today and join the fun with the first book in The SPOOK & GOON Space Adventures series.