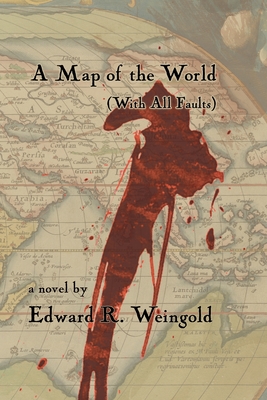 A Map of the World (With All Faults)

A bloodstained map published in the very first atlas of the world (1570) comes up for sale at a San Francisco auction house in 2016. The novel charts the journey of the map through WWII and its impact on all the owners from its creation to the adult daughter of the little girl who was hidden from the Nazis in 1944. Throughout the novel, an unlikely apprentice at the Antwerp publishing house shadows the 20th and 21st-century action with messages for future generations.

With character-driven twists, the story traces how religious/political intolerance rears its familiar head.

The story and its characters tackle the thorny history at the beginning of the 80 Years' War, the Spanish Inquisition in the Netherlands, the Dutch Revolt, 20th Century anti-Semitism, and the rise of neo-Nazis in Europe and America in the 21st Century.

I’m a produced playwright (12 plays, 20 runs). Over a 30-year career in the theatre I staged 120 productions in the U.S and England. (A day job I held for three years was cataloger for rare books and prints including antiquarian cartography, centerpiece of this novel.) For many years I wrote and recorded a monthly piece for an NPR affiliate feature, First Person Singular, and currently for KSQD-FM. I have taught English and Theatre courses at the City University of New York and colleges in California. BA: English Writing. MA: Theatre Arts with a Concentration in Playwriting. A Certificate in Technical Communication provided a meal ticket for 20 years in Silicon Valley.