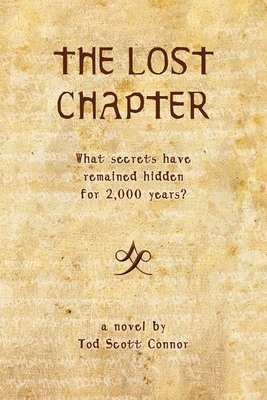 What Secrets Have Remained Hidden For 2,000 Years?

The Lost Chapter is a dramatized version of events taking place in first century Rome at a time of political intrigue and religious upheaval. With the arrival of Paul the Apostle and other great names from that period, including Seneca and Lucan, our narrator is torn between his admiration for these brave Christians and his loyalties to the notorious Emperor Nero.

Witness the incredible rise of a new faith, a plot to overthrow Nero, and the devastating fire that engulfs the eternal city. At last, the truth is revealed

Tod Connor has previously published non-fiction and fiction works. His writing has appeared in Talon Magazine, Raphael's Village, Ohio Reviews, The Apropos Literaty Journal, The Short Humour Site, Christianity Today, and many others. He lives with his wife in the Santa Cruz Mountains of California.
Loading...
or support indie stores by buying on