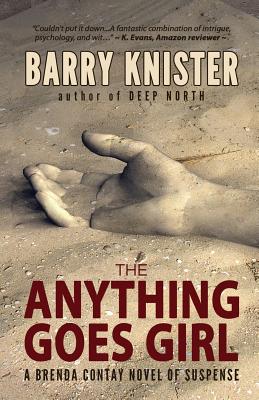 The Anything Goes Girl (Brenda Contay #1)

But It Keeps Finding Her...

When she said "yes" too often in college, she became "the anything goes girl." Pretty soon her sex life figured in locker-room graffiti.

But when Brenda Contay makes it big on local TV as WDIG's Lightning Rod reporter, everything seems to be turning around for her. Except succeeding in tabloid TV because your butt looks good in Levis isn't much different from Anything Goes.

That's why Brenda quits television to learn the truth behind an old lover's death. Vince Soublik drowned recently, off a tiny island in the Pacific. But All-state swimmers like Vince don't just drown.

When she gets to the island, Brenda learns that Vince's death was collateral damage in a scandal of global proportions. And since it involves one of the ten richest men in America, Brenda's chance of living to break the story is next to zero.

But you never can tell about The Anything Goes Girl: she just hates to lose.