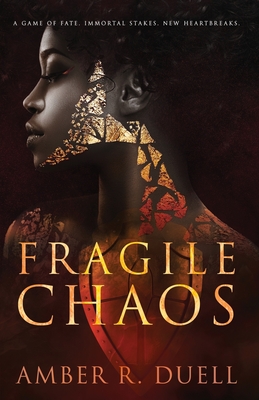 A GOD OF WAR SEEKING RESTORATION.

BETRAYAL THAT COULD DESTROY THEM BOTH.

"Every fiber of my being is woven from the rage of mortals."

Theodric, the young God of War, has a talent for inciting conflict and bloodshed. After being stripped of his powers by his older brother, King of Gods, he sets out to instigate a mortal war to prove himself worthy of being restored to power.

Sixteen-year-old Cassia, like many in the modern era, believes gods and goddesses to be just a myth. Enemy to her country and an orphan of the war, she has no time for fairy tales. That's until religious zealots from Theo's sect offer her up as a sacrifice.

Can Cassia and Theo end the mortal war and return balance to the earth and heavens? Or, will their game of fate lead down a path of destruction, betrayal, and romance neither of them saw coming?

“[A] great book for anybody who loves the myth of Cupid and Psyche…I loved the…mashup of modernity with the mythological” – Abby Reed, Author of When Planets Fall (Soul Mate Publishing)

Amber R. Duell was born and raised in a small town in Central New York. While it will always be home, she’s spent the last six years living in Germany and Maine as a military wife where the next step is always an adventure.

When Amber isn’t writing, she’s wrangling her two young sons. She is a lover of history, a fan of snowboarding, and a travel enthusiast. In her downtime, she can be found curling up with a good book and a cat or two.