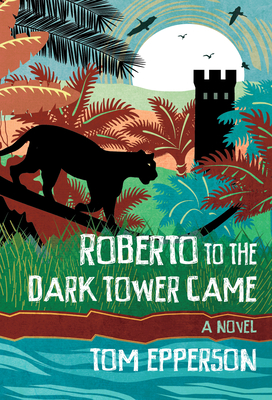 Roberto to the Dark Tower Came

Wall Street Journal - "Mr. Epperson, a veteran screenwriter as well as a novelist, keeps readers guessing until the very last."

Roberto, a young left-wing South American journalist, receives an ominous phone call: leave the country in ten days, or die. Roberto is being targeted because of a series of articles he’s written exposing government corruption and violence at the highest levels. Roberto believes the voice on the other end of the phone and has every intention of leaving, as soon as he follows a lead on a major story developing in the jungle: thousands of innocent lives are at stake. The book follows him on his perilous journey into the heart of darkness in pursuit of his story. Unknowingly, Roberto is headed toward a confrontation with an evil darker than he could possibly have imagined.

Tom Epperson is a native of Malvern, Arkansas. He received a B.A. in English from the University of Arkansas at Little Rock and an M.A. in English from the University of Arkansas at Fayetteville, then headed west with his boyhood friend Billy Bob Thornton to pursue a career in show business. Epperson’s co-written the scripts for One False Move, A Family Thing, The Gift, A Gun, a Car, a Blonde, and Jayne Mansfield’s Car. His book The Kind One was nominated in 2009 for both the Edgar Award and the Barry Award for Best First Novel. His second novel, Sailor, was published in 2012. He lives in Los Angeles with his wife, Stefani, three pampered cats, and a frisky dog.