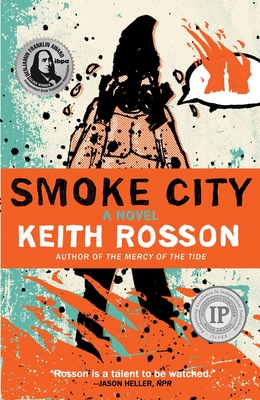 "This book is mad. And I mean that in the best way. I don't think I've read anything this imaginative or unpredictable in a long time." — Infinite Typewriters

"The way in which the different stories come together to form a cohesive and beautifully absurd plot keeps the reader turning page after page. This was by no means a mystery but I found myself in a state of delightful suspense during many parts of the book." — TRL Reviews

"This was one of those books that called to me as soon as I read the blurb. And fortunately, this book was exactly what I was hoping it would be—strange, quirky, and offbeat, but also touching. The characters had depth and unique voices. The writing was rich." — Metaphors & Moonlight

"Rosson's talent is staggering, his craft is meticulous, and his story is one of the quirkiest, but most heartfelt I have ever read." — Dianah Hughley, Bookseller, Powell's

"A surreal road novel about misfits on a journey to Southern California . . . An offbeat, strangely satisfying adventure through a land of (literal) ghosts." — Kirkus Reviews

"[A] story about hope, about love and about the essential decency of people . . . hugely satisfying . . . the literary quality of Keith Rosson’s writing is truly remarkable and, at times, quite breathtakingly beautiful." — Linda Hepworth, Nudge-Book Magazine

"A brilliantly haunting tale of forgiveness and redemption even in the face of abject failure . . . Depravity and race meet in a powerful, profound, and lavish banquet for the soul." — Foreword Reviews

"Rosson creates a fantasy where a very real world of human relationships filled with common concerns such as forgiveness or guilt mixes with fantastic elements in a seemingly matter-of-fact way, similar to the slipstream style of writers such as Kelly Link, Ted Chiang, or Jonathan Lethem. Smoke City is an involving and engrossing blend of fantasy and the everyday, and is highly recommended to anyone looking for the sort of book that allow a reader to get lost within its pages." — Indiepicks Magazine

"Keith Rosson has a remarkable talent. He’s created an enjoyable story, an offbeat, occasionally absurd but haunting tale of life, death, heartbreak, and ultimately, redemption—if not in the way expected." — NY Journal of Books