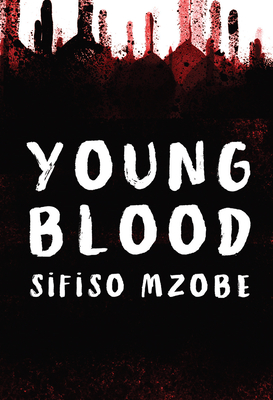 Winner, Wole Soyinka Prize for Literature in Africa One of CrimeReads Most Anticipated Crime Books 0f 2021 Sifiso Mzobe has written a compassionate, unsentimental, and artful portrait of a young man on the threshold of trying to preserve his life and his humanity by the very means that will almost inevitably destroy both." --Paul Harding, Pulitzer-Prize-winning author of Tinkers

Cars, money, girls: this is what you need to get ahead in Umlazi, a township on the outskirts of Durban, South Africa.

Sipho, a 17-year-old from Umlazi, drops out of high school and joins a car hijacking syndicate to make a name for himself and escape his family's low-income life. Along with hijacking partners Musa and Vusi, Sipho learns the tricks of the dangerous trade and pushes deeper into the underbelly of Umlazi under the guidance of gang leader Sibani, while partying heavily and juggling different women nightly alongside his longtime girlfriend Nana.

Candid and unapologetic, Young Blood is the story of the intricate balance of circumstance and choice, swift gain and incredible loss, as Sipho finds out how far he can push his luck before the damage is irrevocable - and the consequences deadly. Both a red-hot crime novel of car heists, sex, and rival gangs and a coming of age story of a teenager navigating the costs of the fast life, Young Blood reveals the devastating violence and raw beauty of life in South Africa's townships.

Sifiso Mzobe was born and raised in the Durban township of Umlazi, where he still resides. He attended St Francis College in Mariannhill, then studied Journalism at Durban's Damelin Business Campus, receiving a distinction in Practical Journalism. Young Blood is his debut novel and won a number of awards, including the 2011 Herman Charles Bosman Award, the Sunday Times Fiction Prize, the South African Literary Award for a First-Time Published Author, and the Wole Soyinka Prize for Literature in Africa. His second book, Searching for Simphiwe (Kwela Books, 2020), is a collection of stories centered on the Umlazi township released earlier this year to positive reviews. Mzobe currently works for a community newspaper as a journalist. Catalyst Press' release of Young Blood is Mzobe's North American debut.
Loading...
or support indie stores by buying on