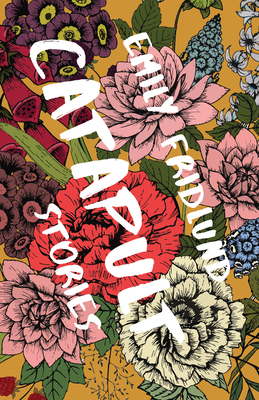 "Fridlund writes of families, marriage, and childhood as if our received wisdom--what we thought we knew about life and love and family--needs reparation. This is fiction as excavation, peeling away the machinery of people and converting it to narrative. Fridlund shines a spotlight on what gets hidden and unreported, and the result can be overwhelming--cutting and funny and filled with difficult truth." --Ben Marcus, author of The Flame Alphabet

"Fridlund has already proven herself to be a singular talent." --NPR

Selected by Ben Marcus as winner of the Mary McCarthy Prize in Short Fiction, Catapult follows Emily Fridlund's acclaimed debut novel History of Wolves. Sometimes calculating, at other times bewildered, Catapult's characters orbit around each other, enacting a deeply human tragicomedy of wit, misunderstanding, and loss. With dexterous, atmospheric, and darkly comic prose, Fridlund conjures worlds where longing is open-ended, intentions misfire, and the line between comfort and cruelty is often difficult to discern. This is a gripping collection, unsettling as much in its familiarity as in its near-gothic strangeness.

Emily Fridlund grew up in Minnesota and currently resides in the Finger Lakes region of New York. Her fiction has appeared in a variety of journals, including Boston Review, Zyzzyva, Five Chapters, New Orleans Review, and elsewhere. Fridlund's first novel, History of Wolves (Atlantic Monthly Press), was a Barnes & Noble Discover Great New Writers Selection and a #1 Indie Next pick.

Emily Fridlund: Emily Fridlund's first novel, History of Wolves (Atlantic Monthly Press, 2017), was a Barnes & Noble Discover Great New Writers Selection and a #1 Indie Next Pick. Fridlund grew up in Minnesota and currently resides in the Finger Lakes region of New York. Ben Marcus: Ben Marcus is the author of four books of fiction, most recently Leaving the Sea: Stories (Knopf, 2014). His stories, essays, and reviews have appeared in Harper's, The New Yorker, The Paris Review, Granta, The New York Times, GQ, Salon, Time, Conjunctions, and elsewhere.
Loading...
or support indie stores by buying on