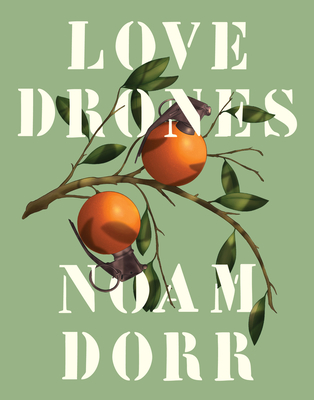 In Love Drones, Noam Dorr explores the troubling relationship between our desire for intimacy and the world of military action, state violence, and intelligence surveillance. Born and raised on a kibbutz in Israel, Dorr served a compulsory military term as an intelligence analyst, tapped for his skill with translation. This is reflected in the book with form-bending interwoven essays that retrace the fragments of a bomb that never explodes, grenades concealed as oranges, and drones that are simultaneously sound, insect, and lethal aircraft--essays searching for human connection within a landscape of violent conflict. It is a deeply intimate and unsettling book.

Noam Dorr's work has appeared or is forthcoming in Gulf Coast, Seneca Review, Wag's Revue, Passages North, and other places. His essay, "Love Drones," won the Gulf Coast Essay Prize and was a notable essay in The Best American Essays 2016. Born and raised in Kibbutz Givat Haim, Israel, he is a former Fulbright scholar, received his MFA in Creative Writing from the University of Arizona where he was an 1885 Graduate Fellow, and is currently a doctoral candidate in the Literature and Creative Writing Ph.D. program at the University of Utah. Noam is the nonfiction editor at Quarterly West.
or support indie stores by buying on
Copyright © 2020 American Booksellers Association