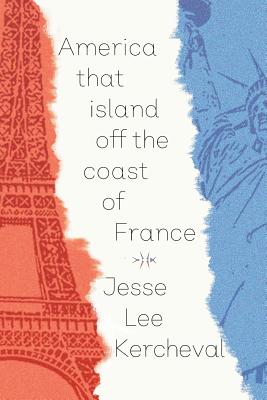 America That Island Off the Coast of France

Poetry. Women's Studies. AMERICA THAT ISLAND OFF THE COAST OF FRANCE speaks to the impossibility of emigration, of ever being the citizen of only one country. Born in France, raised in Florida, Kercheval now divides her time between the U.S. and Uruguay. The poems hurtle across literary and linguistic borders toward a lyricism that slows down experience to create a new form of elegiac memoir. Against the backdrops of Paris, Montevideo, and Florida, the poems explore citizenship and homelessness, motherhood and self, family and freedom, turning over and over again the very meaning of the word home, as the poems, like the poet, make the fraught journey back and forth between America and France. As Kercheval wonders in her poem The Red Balloon, is leaving / ever painless? Is returning?

Praise For America That Island Off the Coast of France…

“In these poems, the Eiffel Tower is also a palm tree in Florida, just as snow collecting on Wisconsin’s frozen sidewalks is the same water flowing through the Canal St-Martin. America that island off the coast of France collapses here with there, now with then, interweaving Kercheval’s family history (births, deaths, romances) with the history of Paris (with all its light and music and subterranean ossuaries). No other living poet can quite equal Kercheval’s gift for blending melancholy and vivacity, especially in the handful of exultant, kaleidoscopic long poems that anchor this stunning book.”

—Nick Lantz author of You, Beast

“Paris, that magnificence, part luminaire, part abattoir, Paris where Kercheval was born, is the setting and subject of Jesse Lee’s magnificent new book. ‘But it is madness, you know, this trying to learn the truth about the past.’ Here is her effort and her poems, some in imitation of others—by Apollinaire, Cendrars, Breton, Aragon and more. She writes for us these brilliant facets of her life, and ours. ‘The door of my poem shop opens/on the boulevard. / Its display window / square cut diamonds of light.’”

—Hilda Raz, author of All Odd and Splendid

“America that island off the coast of France is a book of searching and compassionate poems laced with the most robust wit. You’ll never look at Paris the same way again—or even this world—when we see a city depicted as ‘the egg. / Wide or narrow, it is a ribbon / of pastry, of moonlight, of butter.’ This jubilant collection transforms and brilliantly guides us in love and sorrows across the hemisphere and back again, gently reminding us, ‘I am wearing skin not/ just clothes/ Never mind the wrinkles in both…’”

—Aimee Nezhukumatathil, author of At the Drive-In Volcano and Oceanic

“These poems are alive. What does that mean? They live on the page, yes, but also in memory, long after the book is closed. The voice is so strong; it refuses to leave the body of the reader. These poems do many things: they are worldly and local, funny and tragic, off-beat and dead-serious. Are they French poems in Brooklyn or South Dakota? No. Are they American poems that play ping-pong with the French? No. They are simply very good poems. Lots and lots of very good poems. This book has something new to offer on every single page.”

—Ilya Kaminsky, author of Deaf Republic and Dancing in Odessa