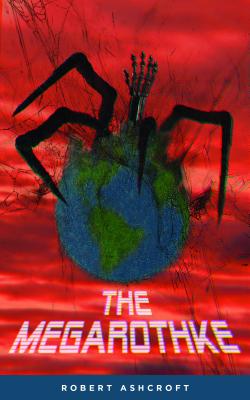 Seven years after the limitless depths of the Hollow War decimated Earth, leaving only 50,000 humans to fight for survival in Los Angeles, Theo Abrams is sent on a mission to destroy the enigmatic being that initiated this apocalypse, confronting the fact that humanity's yearning to transcend reality caused its downfall . . .

Robert Ashcroft, trained as cryptologic linguist, has worked as a State Department contractor and was recently mobilized to serve abroad with the US Army Reserve.

Robert Ashcroft has worked as a State Department contractor and was recently mobilized to serve abroad with the U.S. Army Reserve. A lifelong fan of science fiction, Ashcroft spent nearly a decade after college staying up late to write novels, at one point going so far as to quit his job and rent an apartment in Mexico City. Trained as a cryptologic linguist (with experience in Korean and Spanish), the study of foreign cultures, languages and belief systems has been a lifelong priority and his main goal for the foreseeable future is to be able to travel and encounter interesting people and ideas.
Loading...
or support indie stores by buying on