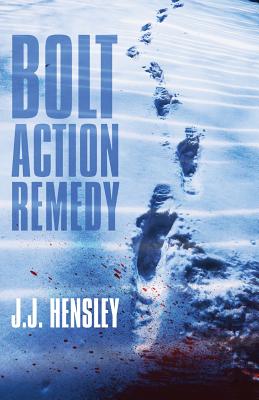 Former Pittsburgh narcotics detective Trevor Galloway has been hired to look into the year-old homicide of a prominent businessman who was gunned down on his estate in Central Pennsylvania. When Galloway arrives, he determines the murder could have only been committed by someone extremely skilled in two areas: skiing and shooting. He believes the assailant should not be too difficult to identify given the great amount of skill and athleticism needed to pull off the attack. When he discovers the victim's property is next door to a biathlon training camp, the situation becomes significantly more complicated.

Galloway makes plenty of enemies as he sifts through stories about lucrative land deals, possible drug connections, and uncovers evidence suggesting the homicide may have been elaborate suicide. As he attempts to navigate through an unfamiliar rural landscape, he does his best not to succumb to an old drug addiction, or become confused by one of his occasional hallucinations.

"J.J. Hensley is a crime writer who deserves readers' attention and trust. Put him on your READ list."

--James Grady, author of Six Days of the Condor

"In Bolt Action Remedy, Hensley weaves a captivating tale while providing an authentic voice and a dash of ironic humor."

"Fast-paced and funny, Bolt Action Remedy is an action-packed thriller that will keep readers guessing from the first to the final page."

--Rebecca Drake, author of Only Ever You

"Bolt Action Remedy is the real thing: fast, dangerous, and with a unique setting used in interesting ways. Oh, and another thing: It's entertaining as hell."