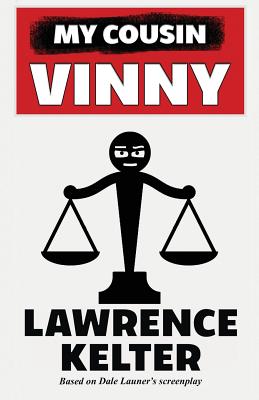 There have been many courtroom dramas that glorified the great American legal system. This is not one of them. My Cousin Vinny has been voted the most re-watchable movie of all time. It's a story about two wrongly accused young men and the wildly inappropriate attorney who must defend them in an Alabama murder trial.

Bill Gambini and Stanley Rothstein, two friends from Brooklyn, are on their way cross-country to UCLA. Taking a southern route through Alabama, they stop at a local convenience store. No sooner do they leave when they are arrested, presumably for inadvertently shoplifting a can of tuna. The two unfortunate youths wind up facing trial for the murder of a store clerk and face a possible death sentence. They have no money for an attorney. The good news is that Bill has a lawyer in his family, his Cousin Vinny. The bad news is that Vinny is an inexperienced attorney who has never been to trial.

Aided by his savvy, firebrand fianc e, Mona Lisa Vito, Vinny must prevail over some very tough opposition in order to prove his clients' innocence. He must overcome the testimony of three eyewitnesses, a bulldog sheriff, an FBI forensics expert, a very competent district attorney, and an uncompromising judge who's just aching to prove Vinny a fraud.

If you thought Vinny and Lisa were funny on the big screen, just wait until you start turning pages. Updated with added scenes and even more laughs, this literary version of My Cousin Vinny will have you rolling on the floor. Are we sure? Yeah, we're pos-i-tive

Praise for Lawrence Kelter and Back to Brooklyn, the sequel to My Cousin Vinny:

"Like visiting with old friends, Back to Brooklyn captures the fun and spontaneity of every lawyer's favorite legal comedy, My Cousin Vinny." --William Landay

"Lawrence Kelter is an exciting new novelist, who reminds me of an early Robert Ludlum." --Nelson DeMille

"This is the kind of book you will want to read again and again. I loved it " --J. Carson Black

"The characters of Back to Brooklyn have not only arrived back into my life like long-lost friends, but the novel has got me down on the floor laughing my tail off." --Vincent Zandri

"...a murder mystery set in Brooklyn that is full of local flavor, twists and turns, and is just plain funny as hell. I loved it " --Scott Pratt

"I dare you not to laugh." --Diane Capri