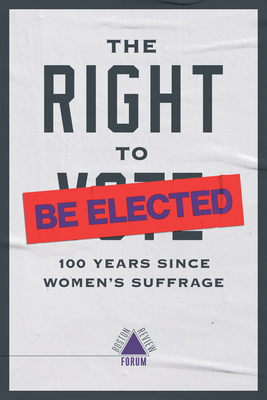 The Right to Be Elected

What might happen if a woman's right to vote is seen as coequal with her right to be elected?

Why are other countries so much better than the United States at electing women to office? In her lead essay in this anthology, Jennifer Piscopo argues that women in the United States haven't fought for the right to be elected. A comparative political scientist, she shows that suffrage movements around the world often focused not only on the right to vote, but also the right to stand for office. As a result, when these movements succeeded, they saw the right to be elected as a positive right, enabling nationwide-efforts to both encourage and actively recruit female candidates. In her exploration of positive and negative rights in the United States, Piscopo explores what might happen if a woman's right to vote is seen as coequal with her right to be elected, considering, among other things, how our definitions of representational government could both change and restore public trust in democracy.

Other essays in this anthology similarly analyze history for lessons that can be applied to today's political climate. What effects does gender parity in legislatures have both on policies enacted and government performance? How has the complicated relationship between race and gender both informed and prevented progress for both movements? And, most immediately, what will it take for a woman to be elected as president in the United States?

Jennifer M. Piscopo is Associate Professor of Politics at Occidental College. She is a coeditor of The Impact of Gender Quotas.

Shauna L. Shames is Assistant Professor in the Political Science Department at Rutgers–Camden. She is the author of Out of the Running: Why Millennials Reject Political Careers and Why It Matters.
Loading...
or
Not Currently Available for Direct Purchase